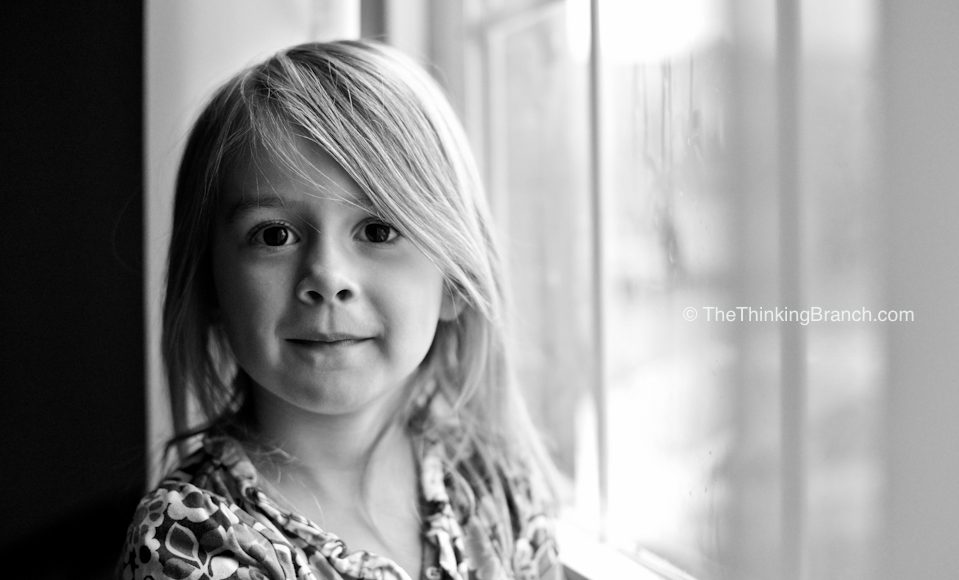 When people learn about my blog, they often ask me what kind of things I write about.  My answer always involves the word “perspective.”

I know that I’ve been blessed with the gift of finding it in a lot of situations.  When I realized that my way of thinking was a little out of the box… I decided to share it in my writing… in hopes that other people could find that peacefulness that exists when perspective is recognized.

But having that gift and using a blog to share it doesn’t mean that I am batting a thousand on actually using it.  Noooooo sir.

But lucky for me, my five year old took care of my swing-and-a-miss at seeking perspective today.

After picking her up from preschool, a woman absolutely FLEW by me in the middle of an intersection and almost took a slice out of the paint job on the front right side of my car.  She then immediately had to slam on the breaks in front of me because the person in front of her was going the actual speed limit.  I luckily reacted quickly with my own brakes … right before my internal machine decided to slam on the horn and give her a “slow it down, lady!” motion when I knew we were safe.

My daughter … who never misses the opportunity to ask for an explanation about anything… asked me what had just happened.

I calmly explained that the woman was going way too fast and cut too close in front of Mommy’s car.  And that I beeped the horn as a way to alert her that I have precious little people in my car that I need to keep safe and that she should drive a little more carefully.

No response. She just kept her eyes on the woman’s car while my mind stayed focused on what a dumb decision it was for her to almost cause an accident… just to be one car ahead of me at the stop light.  “Really got you there faster, lady, didn’t it?!” I thought as I tried to shake off my anger over the next couple of blocks.

Finally her car turned away from the direction that we were going, and within seconds my daughter asked where she was going.  “I don’t know, honey… but I sure hope she is going a little more slowly now,”  I responded in a not-so-calm-but-now-sarcastic tone.

She immediately picked up on my negativity.

“Please don’t be mad at that lady for going fast.”

“Maybe there was someone that needed her really bad. Like her kids or something. And she was going fast because she needed to get to them.”

I looked at her in my rear view mirror.  She shrugged her shoulders in this “just sayin, Mom” kind of way.

And I had no idea what to say as I marinated in the fact that my five year old just threw me a perspective fastball that came at me at a pace that made that woman’s speed seem snail-ish.

I had never been more embarrassed and more proud at the same time.

I told her how nice it was of her to assume that people aren’t doing things to be mean.  And I thanked her for helping me see it that way too. And she smiled in the way she does when she knows she’s done something good.

A five year old, you guys.

With that kind of perspective.  That kind of HEART to find a reason to give that woman a pass for cutting me off, while I chose to just be angry about it.

HOW MANY TIMES do we do this?

Impatience with a waitress for being slow instead of assuming that maybe the problem is behind the scenes and not with her.

Annoyance that the grocery store line is long, and you realize it’s because you’re in line of a cashier who is choosing to have positive conversation with people instead of being transactional.

Frustration with a coworker who isn’t being friendly instead of giving him the benefit of the doubt that maybe he has something going on in his personal life.

Anger at a friend for ditching out on plans for the second time, when maybe she has something deeper going on.

Because here’s the reality, friends…  People are going to cut us off in life.   We can assume that they are just being angry or reckless …and curse their name and let negative feelings take over our minds for a few minutes.  Or we can take my five year old’s approach…  and force ourselves to come up with a reason that person deserves a pass.

Because even if the reason you come up with isn’t really true… it’s a lot better for the soul to just assume that it is and avoid the negativity and anger.

For me today?  Even though l’ll never know if that fly-by lady had a kid that needed her somewhere …  I can tell you for sure that I needed mine…

… To remind me of everything that I thought I stood for, but apparently sometimes need help getting back up on my feet to do so. 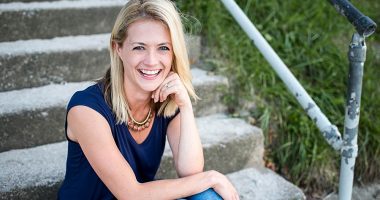 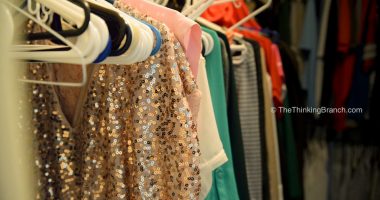 My Style is Me | The Thinking Branch

« Previous post
Thanks, Miracle Machine. You Can Take a Rest Now.
Next post »
When it’s Red Day, Dare to Wear Blue, Baby