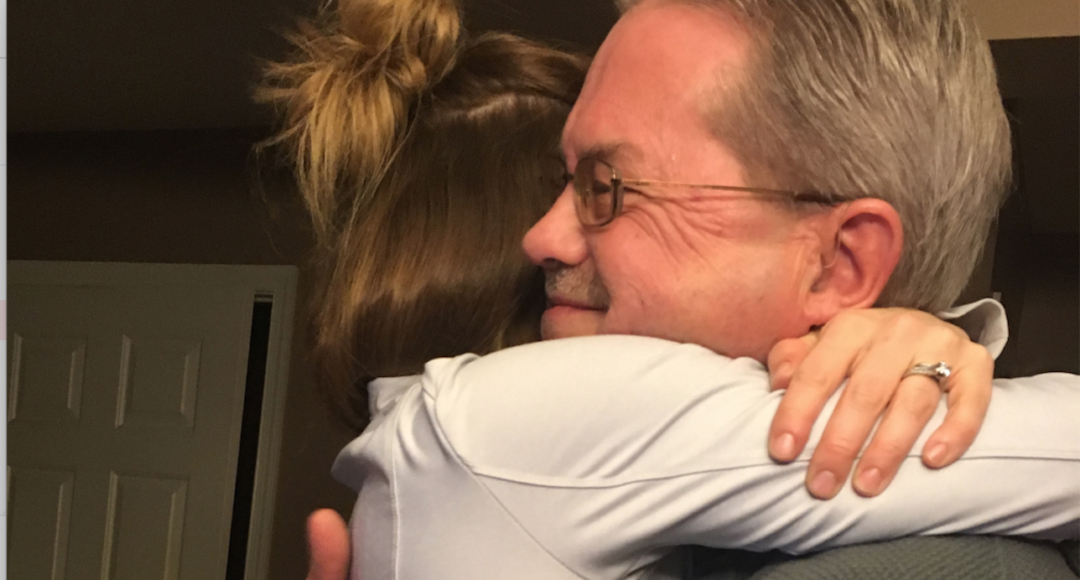 This post is in proud, continued partnership with Allegheny Health Network, because, friends… our health matters. Click here for partnership disclosures.

“Is anyone missing someone from their party?”

A stranger yelled into the hotel restaurant crowd on the night before my cousin’s wedding.

I had just started a job fresh out of college so wasn’t able to attend, but many of the dozens of members from my mom’s side of the family were enjoying the rare chance to be in the same room. I didn’t have to be there to know the look of joy that would be hard to wipe off my mom’s face.

“There’s a man face down outside the hotel entrance,” the stranger called out again.

The chatter stopped, and one of my aunts turned to my mom and said, “Wait a minute… didn’t Dave go to the car?”

The joy turned to fear.

My mom jumped up from her seat and ran outside.  At first, she didn’t recognize him because of the amount of blood covering his face (which we now know was from a gash from his fall.)

But it was my dad.

She started saying his name trying to get him to “come to,” but when he opened his eyes they were glassy. He wasn’t responding and no one at the time knew what was wrong.

In the minutes prior, my dad had left the restaurant to go retrieve some pictures my mom had brought with her to show her family.  The car was parked in a garage two blocks down from the hotel.

“I remember getting the pictures,” my dad recalls, “and then I remember standing on the corner waiting to cross the street to the hotel. I got to the other side of the street ok, and then I just remember saying to myself… ‘something is wrong here.’”

The last thing he says he remembers is seeing what he and others have described as “the light at the end of the tunnel” but he doesn’t remember hitting the ground.

Thankfully, someone found him, and thankfully emergency personnel were able to reach him.  Upon arrival at the hospital and a few tests later, it was determined that my dad’s aortic valve in his heart was not functioning properly – causing a disruption in the blood flow out of his heart which ultimately led to his disoriented state and subsequent fall.

Surgery was imminent, so I took the next flight from Missouri, and my sister had made her way from Pittsburgh to be with him before he went in.

I’ll never forget standing around him in those moments… overhearing him ask his brother to take care of us if something happened to him… and watching him clutch on to the cross that was his dad’s as he prayed.

It was a scary time for our family, but fortunately for him and all of us who love him, my dad got the care he needed that day.

Today his big heart operates with the assistance of a Saint Jude mechanical valve… one that, if the room is quiet enough, you can hear clicking when you’re sitting next to him.  A valve that has helped him live love enough to do things like meeting his grandkids, seeing me get married, continuing to be a high school basketball referee and happily retiring with my mom.

It’s been 15 years since his surgery.

For my dad, he said it made him more thankful for his life and stronger in his belief in the power of prayer. For me – it was an in-your-face reminder that our health is not guaranteed, and we can’t take it for granted.

And as I reflect on my dad’s “heart” story, I have to ask myself if I’ve truly LEARNED from that experience.  Because while I’m constantly making sure my dad is staying on top of both his heart and overall health (and my mom, of course, too) … I have to be honest in asking myself, “Am I taking care of mine, too? Am I educated in knowing how to be proactive in keeping MY heart healthy?”

Because heart disease and stroke?  It’s the number one killer in women. (Yep, read that again). If that’s not enough to get you to pay attention, I don’t know what is.

I’ll be doing it for my dad… and that heart that I know clicks for us, even if I’m not in the same room to hear it.

To learn more about how AHN is committed to keeping your heart beating longer and stronger, click HERE. 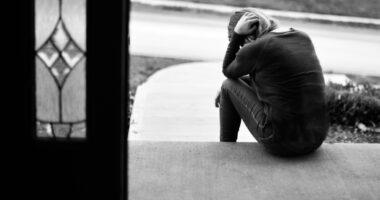 Help and Hope: One Program’s Mission To Reach Moms Who Are Struggling 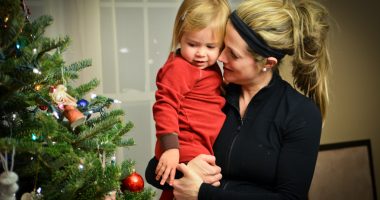 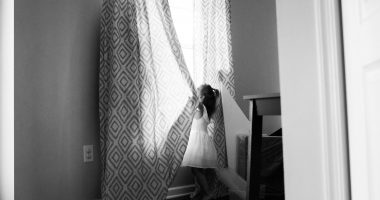 « Previous post
25 Things We Love About The Pittsburgh Parks
Next post »
Something That Was His: How Preschool Changed Him (And Us)