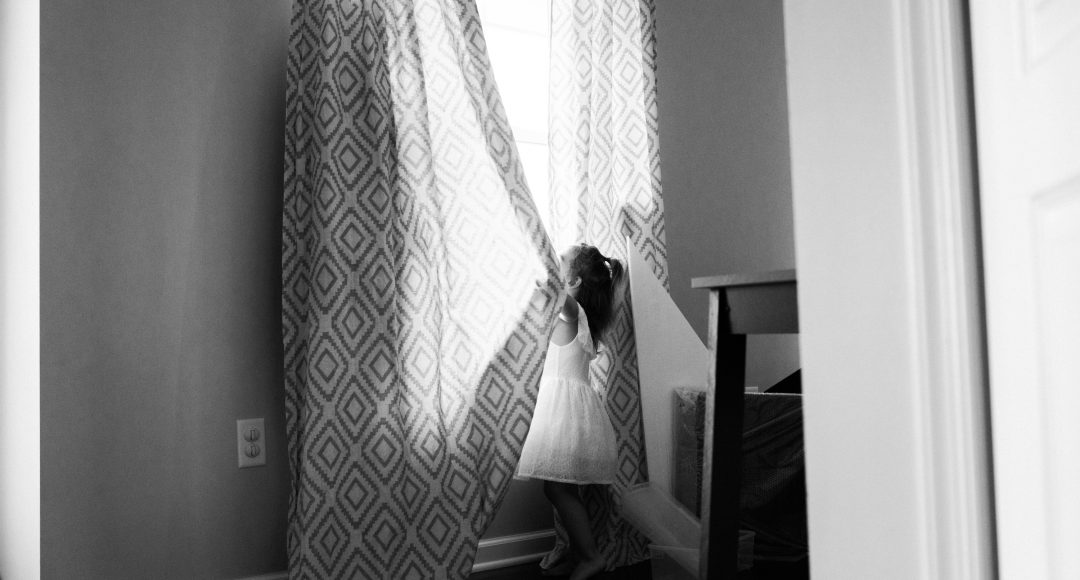 “Count to twenty,” I told her.

I went and hid in my classic spot behind the curtains … leaning into the windows just enough that the flowery drapes wouldn’t stick out and reveal where I was.

I heard my then-two-year-old daughter picking whatever numbers she could think of before finally screaming “TWENTY” about eight seconds later.

She ran through the house like two year olds do when they are the “seeker” — frustrated almost immediately when I was nowhere in her sight, begging me to reveal where I was.

Frankly, I wanted her to know too. It wasn’t comfortable where I was hiding.

So I stuck my foot out and tapped it on the floor to trigger a sound that would send her in my direction.

Her footsteps got louder as she came to the window. She broke open the curtains with a laughter that I’m sure the person walking their dog outside could hear.

She had found me.