When Negativity Pops Up, Look For The Dancing 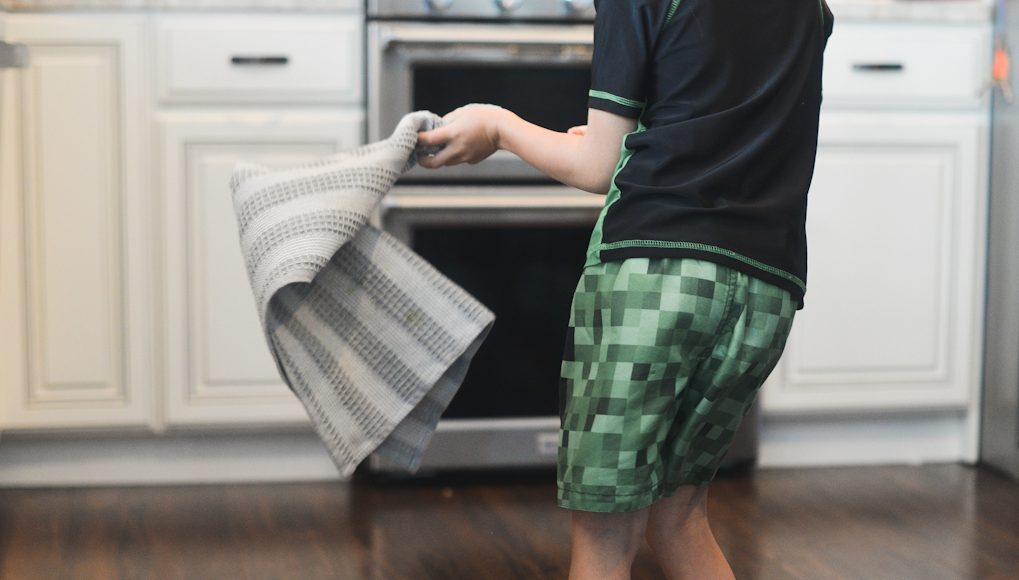 The smell of burnt steak hit my nose.

It was 10:46pm on a Thursday and I was walking from my laundry-folding spot on the master bedroom floor, past the top of the staircase and toward my daughter’s room with a stack of shorts.

Because it was over 48 hours prior that my steak-broiling abilities were called out by the piercing sounds of our smoke detectors.  And while I absolutely appreciated their aggressive desire to want to warn us of the smoke detected in the house, after about fifteen minutes of scouring the house to verify that there wasn’t a real threat happening, opening up windows, waving towels and running microwave vent fans — I was ready for them to quit.

Eventually our efforts succeeded and we all ate the meal with a little extra dipping sauce to cover the taste of our *ahem* well-done entree. But as I tiptoed that heap of laundry across my upstairs hallway and into the kids’ rooms while they slept, I couldn’t believe the smell still lingered.

My mind quickly went to a place of, “You really burnt that steak—“ remembering how excited I was to try something new for the family and how bummed I was that it flopped.

And as I continued my late-night tip-toeing returning clothes to their homes, I couldn’t help but think of how familiar that path was in my mind.

As I put my daughter’s shorts in the top drawer, I knew I had to take a second to stop that voice — that old voice that’s angry that I’ve learned to keep her at bay.  One that tries EVERY DAY to scream louder than the positivity, making it a daily task to keep her suppressed.

That one that tells lies.

Because the TRUTH is … that moment in the kitchen was actually really hilarious.

My son swung his hips in a hula-like way while he waved the dish towel to do his part in breaking up the smoke putting us all in a belly laugh (laughs none of us could hear over the sound of the alarms).  A neighbor walked by and we both had a laugh as I assured her there was “Nothing to see here!” as the shrieking noises came out of the house with kids waving towels out the windows.  The kids teased me that I had set the alarms off, but in the end they knew it meant more dipping sauce, and they’ve never complained about that.

We ate the meal together and talked about our favorite parts of summer so far.

Negativity was actually nowhere in that moment… but my mind did a good job of trying to make it that way.

I’ve realized over these last couple of years of battling negative self talk that I really DO have control over my mind.   Not all of it — as anxiety still dresses up like the devil and takes the joystick controls over my thoughts and sometimes makes it difficult to regain my grasp — but a lot of it.  I have the ability to keep TRAINING my main to go positive, but I have to choose to.

It takes work. And it’s not perfect.

But the “worth” lies in the example of the moment that burnt steak hit my nose.  Had I not spent months upon months purposefully pouring positivity into my brain to build an attack against the negative, the negative would have won.

The “I failed” feeling would have consumed.

Instead, the laughter and the hula-dance towel swinging got to shine its positive light instead.

Just like athlete has to practice to master her skill, we have to practice positivity so we can keep climbing to a higher level on that medal stand in our fight against the negative stuff.

So when the burnt-steak-smell trigger hits our nose, friends – let’s not char the memory with negativity.

Let’s remember the laughter and dancing. 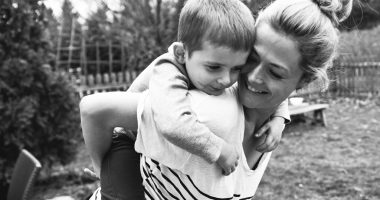 You Didn’t Just Make Me A Boy Mom, You Made Me YOUR Mom

#BlogHer17 or Bust: The Thinking Branch is off to Orlando! 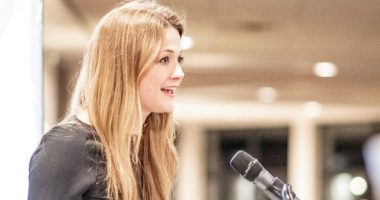 From the Other Side of the Speaker Application

« Previous post
It’s a Beautiful Day In The Neighborhood, But Everyone’s Too Busy To Notice
Next post »
To The Extra 17 Pounds: Thank You